We are honored to announce that we were awarded two major prizes as contenders at Cooperathon 2019 in Montreal, Canada. Cooperathon is the biggest open innovation competition in the world, where we presented our social innovation project and brought home the following awards:

Locabit is a social innovation technology, aimed at promoting sustainable energy consumption habits for Hydro Quebec consumers. Our impetus arises from the fact that per capita energy consumption levels in Canada are 4 times higher than the global average. In general, people are not aware of their levels of energy consumption. Furthermore, the load distribution of energy consumed is highly inefficient, causing a lot of pressure on the grid during peak hours.

We propose a solution to develop sustainable energy consumption habits, using an intelligent, gamified mobile notification system for influencing energy consumption behaviours, to be less wasteful and more evenly distributed. Our product is designed using a scientific behavioral change method, specifically the FOGG behavioral model. The technology is flexible and could be a stand alone mobile app, or be a part of Hydro Quebec’s current mobile app. Unlike other existing tools, with similar goals, our solution is adapted and customized for the user, instead of making users adapt to it.

We incorporate a close understanding of the demographics of the target group, targeting all family members and not only the bill payer. Using AI and Machine Learning tools, we triangulate the factors that determine the highest probability of a user taking action, like notification timing, delivery mode and message personalization, to raise awareness among users to enable them to make better choices. 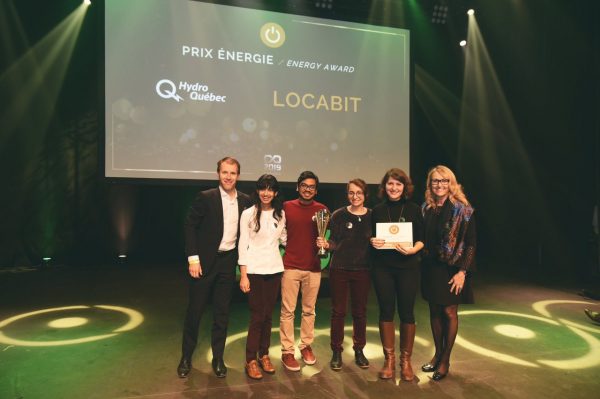